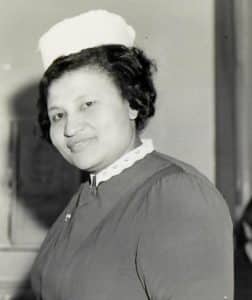 Henrietta Millicent Campbell, always known as Ann, was born on 8th October 1930. She arrived in the UK from Jamaica on the SS Cabinda in August 1951. She was educated in Jamaica in Savanna-La-Mar where she attended Mannings Comprehensive School. Ann had undertaken a pre nursing course in Jamaica where she took the Nightingale pledge. She started general nurse training in the UK at St Albans City Hospital in Herts. She went on to train as a midwife at North Middlesex Hospital in London. Ann was appointed Senior Midwife at Hammersmith Hospital in 1958 and she worked alongside the research team who were conducting the early work on fertility.

Following several post graduate courses and her appointment as a nursing officer of the midwifery unit at the Elizabeth Garrett Anderson Hospital in the 1960s, Ann was appointed as clinical nurse tutor in Camden and Islington Health Authority. She was appointed to: develop the training of family planning nurses; create and organise family planning clinics; reduce teenage pregnancy rates and at this time there was also an urgent need to reduce maternal and neonatal mortality rates. Ann was a local branch Chairman and Steward for the Royal College of Midwives and taught all over country. Ann was a delegate to the 40 year celebrations of the independent state of Israel.

Ann was one of the founder members of the British Caribbean Association (BCA). The BCA was formed in 1958 with wide support from Members of Parliament in the aftermath of the Notting Hill riots.

Ann joined the Royal British Nurses’ Association (RBNA) in the early 1970s. She became Vice President of the RBNA and worked tirelessly on its behalf including organising the archiving of its historical documents which are held at Kings College, London as part of their archive Collection which includes substantial records relating to the history of medicine and nursing. A record of the documents held can be accessed at

Ann also administered the distribution of the 4 charitable funds associated with the RBNA: the Ethel Mary Fletcher Fund; The Trained Nurses Annuity Fund, The Helena Benevolent Fund and The Royal British Nurses Settlement Fund.  Ann continued as Chairman of the RBNA and worked voluntarily for the organisation until her death in 2017.

In July 2012 Ann was awarded the Windrush and Beyond Foundation Nurses’ award by The Queen. The Foundation’s awards recognise the individual journeys of nurses and allied health professionals from the Caribbean and African continent who made a decision to respond to the call to embark on a mutually beneficial career journey to improve the health and wellbeing of people in the NHS.

In September 2013 Ann was awarded a 51st Anniversary of the British Caribbean Association Award for Outstanding services to the Community which was presented by Baroness Howell.
Shortly before Ann’s death she was also awarded the British Empire Medal for her ‘outstanding contribution to nursing and dedication to making continuing innovative changes to the NHS over a 60 year period’.

Ann suffered from increasingly poor health and had limited mobility but carried on her work for the RBNA till her death in November 2017. She was passionate about nursing and the contribution the RBNA made to the profession, frequently quoting the aims of the RBNA ‘remaining steadfast and true’ to the noble profession of nursing.

Without Ann Campbell the RBNA may well have not have survived to tell its tale. It is a hand of fate that has ensured that the Company of Nurses Charitable Trust is there to keep alive the legacy of both Ann Campbell and we are grateful to the Royal British Nurses’ Association for setting up this fund in Ann Campbell’s name. 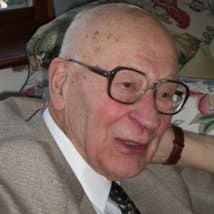 Les Robinson was born in London on August 23rd 1921. He was greatly loved by the whole family and by all who knew him. He made everyone he met feel special, just by talking to them and even more by listening to them!  For that moment they were the centre of his universe and they felt they mattered. He spent his life making a positive difference to others.

He died in June 2008 when he was almost 87.  He left everything to his two daughters and when he talked to them for the last time, he asked them to use his money to make a difference 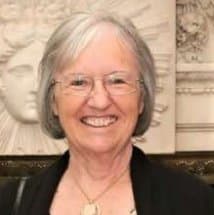 Ann Chantry-Price, his younger daughter, is a retired nurse who specialised in Occupational Health.  She is also a Freeman of the Guild of Nurses and a Court Assistant. 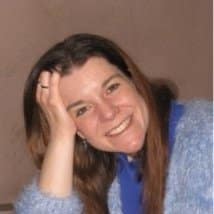 Abi Wren, Ann’s younger daughter, is also a nurse and Freeman of the Guild of Nurses. She is helping Ann to set up and oversee this fund so they can ensure Les’ legacy does indeed go on to make a difference for a very long time to come.  To ensure this, the donation is being invested and the interest earned will fund awards to nurses making a difference to professional standards and those for whom they provide care.

Ann and Abi would welcome donations from others who would like to join in recognising nurses, retired or working, who are making a real difference. The Company of Nurses Charitable Trust also has a general fund so do mention which fund you wish to support when making your donation.  Donations increase the size of the fund and the interest earned can then be used for helping nurses to make a positive difference to patients. So your help enables us to do more every year.

If you would like to make a donation, as a UK taxpayer you can now add 25% to your donation by downloading the gift aid form here, completing it and sending it to:

You can make the donation by enclosing a cheque payable to: ‘The Company of Nurses Charitable Trust’. Please mention that your donation is for the Chantry Robinson Fund.

Thank you for helping nurses to make a positive difference to patients.

If you have any queries or would like to know more about this fund you can send an email to: charity@companyofnurses.co.uk